The History of the Attic Truss 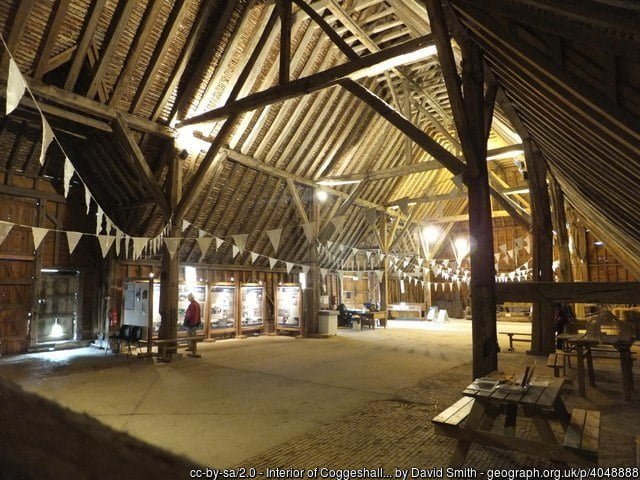 Roof trusses have been a popular choice for various buildings and residential homes for some time now, but where did the idea of them come from? A conventional truss is made up of a timber frame, fixed together to form a triangle shape, and usually placed in a sequence to build a strong structure. This system, or ones similar go back many years, but it’s difficult to pinpoint the original idea. We have put together some research that could potentially be the beginnings of the roof truss.

The word ‘truss’ is quite a strange word, but it actually originates from the French language and the word ‘trousse’. This means “a collection of things bound together”. This makes sense when you think about the form of a roof truss, and their collection of timer sides.

The Encyclopedia Britannica claims that roof trusses were probably first used for primitive lake dwellings in the Bronze Age, at around 2,500 BC. Since then, trusses have been used by the Greeks, the people of the European Middle Ages, and all the way up until the modern age.

In the Roman times, trusses were mainly used to build small bridges that were around 20-60 feet wide, and the larger bridges would be made up of stone. In the Middle Ages, wooden trusses were being used to create roof structures for large buildings.

One of the oldest styles of trusses is the King Truss. This shape has been seen in structures that were built way back in the 1100s, and are still standing strong today. An example of this is the National Trusts Coggeshall Grange Barn (see image) in Essex, which was built in the 13th Century and is one of the oldest timber framed buildings in Europe.

During the 19th Century, there was a surge in railroads and this led to the development of more and more truss bridge designs as stone bridges were more expensive to build and time consuming. Instead of wood being used, these truss bridges were constructed using Iron and then later steel.

The design of modern trusses has been improved during the 60s, to provide a larger and more open space which can cater for heavier loads. The method used is cost-effective, quicker to build, less labour-intensive, and requires less material. We design our trusses at our warehouse, and they are then delivered to you so that there is no on-going site construction.

At Aber Roof Truss, we are the experts in all kinds of truss projects. So, if you are thinking of using a roof truss for your build, get in touch and we can advise you on the next steps to take.